Jean Sasson was born in 1947 in Troy, Alabama. She is an American writer whose work mainly centers around women in the Middle East. Sasson lived in Saudi Arabia for twelve years as an admisitrative coordinator of medical affairs for a specialist hospital. He books include: The Rape of Kuwait, and the bestselling Princess Trilogy -- Princess: A True Story of Life Behind the Veil in Saudi Arabia, Princess Sultana's Daughters, and Princess Sultana's Circle. She also wrote Growing Up bin Laden. 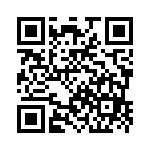