This is an excellent book for engineering graduates. We lack tora software for practical implemntation of the subject

Professor Taha was named a Senior Fulbright Scholar to Carlos III University, Madrid, Spain. He received an Alumni Award for excellence in research and The Nadine Baum Faculty Teaching Award, both from the University of Arkansas, and numerous other research and teaching awards from the College of Engineering, University of Arkansas. He is fluent in three languages and has held positions in Mexico and the Middle East. 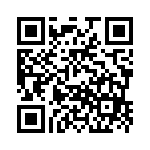