Richard L. Burden is Emeritus Professor of Mathematics at Youngstown State University. His master's degree in mathematics and doctoral degree in mathematics, with a specialization in numerical analysis, were both awarded by Case Western Reserve University. He also earned a masters degree in computer science from the University of Pittsburgh. His mathematical interests include numerical analysis, numerical linear algebra, and mathematical statistics. Dr. Burden has been named a distinguished professor for teaching and service three times at Youngstown State University. He was also named a distinguished chair as the chair of the Department of Mathematical and Computer Sciences. He wrote the Actuarial Examinations in Numerical Analysis from 1990 until 1999. 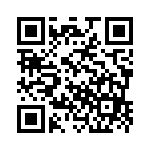