David Sinclair is Director of the Paul F. Glenn Laboratories for the Biological Mechanisms of Aging at Harvard Medical School. His work on resveratrol and the development of the synthetic version, sitruin, has been widely hailed as a major breaktrough, including features in the Wall St Journal, New York Times, Fortune and Newsweek, and was described as a "Discovery of the Year" by Discover magazine. He has been featured on 60 Minutes, the Barbara Walters special "Live to 150 -- Can You Do It?" and the Today Show among others. The company he co-founded with leading venture capitalist Christopher Westphal to develop the sitruin drug, SirtRis, was sold to GlaxoSmithKline for $728 milllion in 2008. Sinclair has been joined in his research on the anti-aging effects of sitruin by the National Institutes of Health. 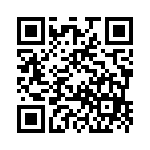