This is the true story of recent Afgahan politics and should be required reading for anyone remotely interested in Afghanistan today. The finger of culpability points heavily at the US and Pakistan ... Read full review

Literally the worst possible book of all time. Who the heck is Kathy Gannon? DON'T WASTE TIME ON THIS LAME BOOK. 1 star

Kathy Gannon is Associated Press Special Regional Correspondent for Pakistan and Afghanistan. In 2011 she received the Canadian National Newspapers' Governors Award for Lifetime Achievement. In 2003-4 she was Edward R. Murrow Press Fellow at the Council on Foreign Relations in New York and was been published in the New Yorker, Foreign Affairs, Wall Street Journal and L.A. Times. Born in Timmins, Ontario, Gannon was city editor at the Kelowna Courier and worked in several Canadian newspapers before going overseas. She has lived in Israel, Japan, Pakistan and Afghanistan. 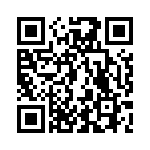