How depressing - how ironic that a people that suffered so grievously at the hands of the Nazi's should visit such xenophobia and apartheid on others. And oh how we in the West have these facts obscured and hidden from us. Eye opening. Read full review

Cataloguing the current political situation in Israel, Blumenthal's Goliath is an important and damning work. Unlike most books on Israel-Palestine affairs, Blumenthal is less concerned with proving ... Read full review

Max Blumenthal is an award-winning journalist and bestselling author whose articles and video documentaries have appeared in The New York Times, The Los Angeles Times, The Daily Beast, The Nation, The Guardian, The Independent Film Channel, The Huffington Post, Salon.com, Al Jazeera English and many other publications. His book, Republican Gomorrah: Inside The Movement That Shattered The Party, was a New York Times and Los Angeles Times bestseller. He blogs at maxblumenthal.com 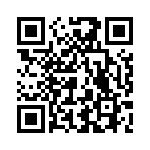