Even I don't know anything about #Game_changer I didn't read yet but for boom boom I will 5stars
Lv u Lala
Miss u on the field ...
Wanna meet u once Lala ❤❤❤❤

The book is a game changer just as Shahid bhai has always been.
Excellent

WAJAHAT S. KHAN produces and corresponds from Pakistan for Vice News, The Times and India Today. He has reported from fifteen countries covering conflict, diplomacy, politics and media for digital, cable and networks. Before serving as NBC's last bureau chief in Kabul, Afghanistan, Khan also launched Pakistan's first independent Urdu and English cable networks and produced the first broadcast series from across the border in India. He is a 2011 Harvard Shorenstein Fellow, a 2012 Asia Society Young Global Leader, and landed Pakistan's only Emmy nomination for breaking news in 2015, the year he met Shahid Afridi. Khan last bowled right-arm fast-medium for the Frere House of his Karachi Grammar School with an ageing sniper's accuracy. He can't handle spin, both on and off the field. 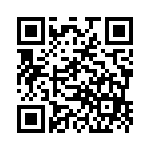