Benazir Bhutto was born in Karachi, Pakistan on June 21, 1953. She received degrees from Radcliffe College and Oxford University. In 1977, her father Zulfikar Ali Bhutto was elected prime minister of Pakistan, but soon afterwards the military seized power of the country and her father was arrested and later hanged. The years that followed were filled with arrests, being forced to leave the country, and returning to her homeland. After returning to Pakistan in April 1986, she publicly called for the resignation of Zia Ul Haq, whose government had executed her father. When free elections were finally held in 1988, she was elected Prime Minister of Pakistan becoming the first woman to serve as prime minister in an Islamic country. Only two years into her first term, President Ghulam Ishaq Khan dismissed her from office because of alleged corruption. However, she was re-elected in 1993 and while in office, she brought electricity to the countryside, built schools all over the country, and made hunger, housing and health care her top priorities. She constantly faced opposition from the Islamic fundamentalist movement and in 1996 President Farooq Leghari of Pakistan dismissed her from office for alleged mismanagement. She went into self-imposed exile in 1998. She returned to her homeland in 2007 and the first assassination attempt was made within hours of her arrival. With the possibility of her becoming prime minister again, the extremists orchestrated a second assassination attempt. This one was successful and she died on December 27, 2007 from injuries suffered during the attack. 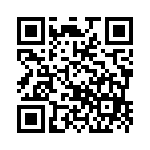