Sir
its simple book which explains the arithemetic operations
i like it and pls give a sample copy for me
my email id is ranisaritha3090@gmail.comiam working as assistant Professor in Department of MCA and computer science engineering in Saintgits College of engineering, kerala, india
our college website is www.saintgits.org
our department page is http://saintgits.org/main/sie/MCA/Faculty%20Members.asp

18 other sections not shown

Kip Irvine has written four computer programming textbooks, for Intel Assembly Language, C++, Visual Basic, and COBOL. His Assembly Language for Intel-Based Computers has been translated to six languages, and has been a best seller since 1990. Kip grew up in Hawaii as a surfer, sailor, and surfboard maker. He studied classical guitar and music composition at University of Hawaii, eventually earning his music doctorate from the University of Miami. He began programming computers for music synthesis around 1982, and taught at Miami-Dade Community College. He has a Masters degree in Computer Science from the University of Miami, and is currently on the computer science faculty at Florida International University. 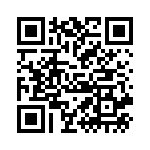