This is a good overview of Shia Islam, and goes into extreme detail. The only problem is that it can be dry at times. I would recommend this to anyone who wants a more scholarly knowledge of Shia Islam. Read full review

An introduction to ShiĂŠÂ»i Islam: the history and doctrines of Twelver ShiĂŠÂ»ism

The Iranian Revolution of 1979 and recent events in Lebanon have greatly increased Western interest in the Shi'i branch of Islam, which is much less known than Sunni Islam. This volume provides a ... Read full review 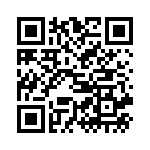