Alexander the Great: a life in legend

Stoneman (honorary fellow, Univ. of Exeter) claims-with good reason-that his work displays a new approach to the much-studied Alexander by focusing on the legends surrounding him. Yes, historians have ... Read full review

Richard Stoneman is Honorary Fellow, University of Exeter, and a director of Westminster Classic Tours. He has written extensively in the field of Greek history. He lives in Devon, England. 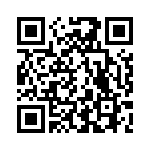